I thought before this year was officially over I would write one more post. Actually, I wasn’t entirely sure I wanted to but something I can’t quite explain pushed me to do so. Way back in January in this post I wrote about the final studio album by Scottish group Runrig. Emotions were swirling around people in my life at that time, and something about the title and theme of the album-The Story seemed like a connection of sorts. I was not really planning on writing about another song from the same album, let alone twice in the same year but something about this project resonated deeply for me. The key to the album is that every song has a story to it.

That by itself is not unique of course, but it is in the way that Runrig have weaved elements on this collection in music together with vintage photographs and detailed stories for each song that does make it unique.   It starts with an account of the visits by American photographers Paul Strand and Neil Priessman to the Hebrides Islands in the 1950’s which provided the main inspiration for the project.  A soldier in ‘Rise And Fall/Elegy’. The downing of the Malaysia Airlines flight over the Ukraine in ’18th July’. Loading the van up with gear to play at a local dance in ‘The Place Where The Rivers Run’ all provided further inspiration.

But nothing strikes a deeper emotion than the closing track-Somewhere. The story to this song is that astronaut Dr. Laurel Clark who was one of the crew members of the ill fated Space Shuttle Columbia was a  Runrig fan, having come across the band when she was stationed for the U.S. Navy in Scotland years before. Her choice of ‘wake up call’ for the rest of the crew while in training was Runrig’s song ‘Running To The Light’ and the album that song was on accompanied the astronauts into space. After the fatal crash, one of the few intact items found in a Texas field was that same Runrig CD.

I cannot imagine as an artist what kinds of emotions one might have after finding something like that out. The honor of your music and songs being carried into space,  swirling through the endless galaxy only to  see it end in such a bitter reality, with that same tangible object being one of the only things to survive  the sheer devastation. Some time after, Dr. Clark’s husband and son presented the same CD to the band in Scotland. I can only guess that viewing this ‘story’ as a whole manifested itself into this song, ending with the bittersweet sound of Dr. Laurel Clark speaking to NASA Mission Control in Houston from space about Runrig and her family.

I believe that the album came to mean so much for me because I saw a parallel of sorts to what I do here on this blog. For this album, Runrig used their own  expertly crafted songs together with a variety of well chosen archival photographs, poems and quotes from a variety of sources to weave together a thing of beauty. The stories fed the music, which were reinforced by the imagery used throughout the project.  Similarly I use my own words and my own photographs together with someone else’s music to weave my own statement. My own stories. I like to think in a small way that maybe the cyclical nature of art will inspire someone to make their own statement, and tell their own stories in a similar way. Back when I first started this off, it was this concept that appealed to me the most. Finding a way for my art to not just be photography, or writing but to instead find a way to combine the elements in a way that makes sense. I wanted to do something different. Albums like The Story reinforce that vision for me.

The song Somewhere also resonated so deeply for me because of all the loss that has happened in 2016. Not just celebrities and all the wonderful musicians that we lost, but for everyone who has struggled with the loss of a loved one. Though the sadness we feel in times like that does not just go away, we move on-a minute, a day, a month at a time.  Looking out and never forgetting the person and knowing somehow they are still out there. To all who have felt loss this year, I dedicate this to you.

‘Somewhere in the dark I’ll find you

Somewhere in the light, I’ll meet you there 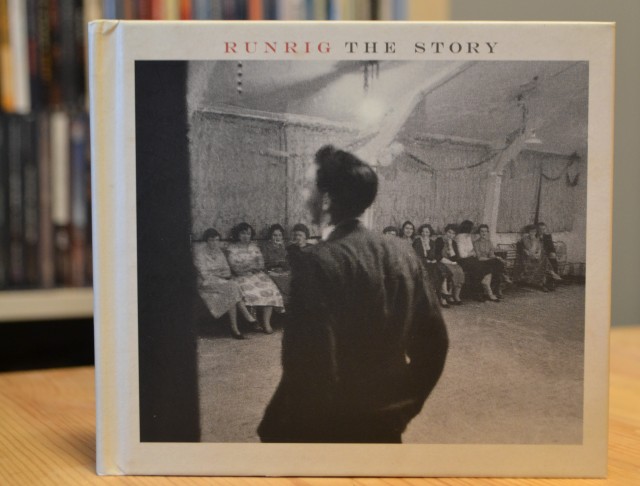 HAPPY NEW YEAR TO ALL!

10 thoughts on “Somewhere Out There”