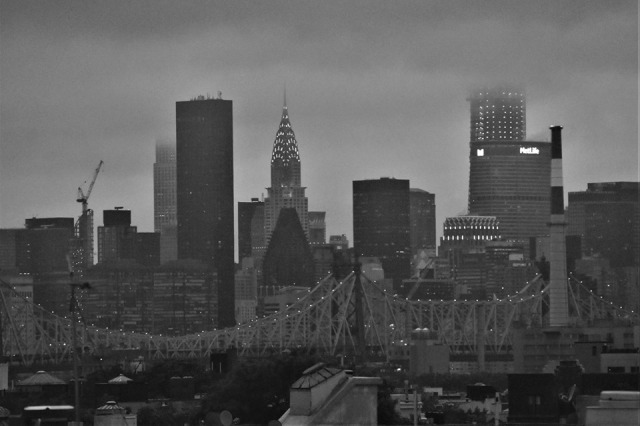 When viewed through the prism of vintage TV shows of an earlier time, one might be forgiven for thinking life itself at that time actually being in black and white. Color movies had been around for quite some time of course, but color television only truly started taking off in the 1960’s. It wasn’t until 1972 that sales of color TV sets finally exceeded their  black and white counterparts in the U.S. Which means that although much of how people viewed news, sports and entertainment at that time may have actually been filmed in color, it was still viewed in black and white by the majority of the public. The moon landing, the Cassius Clay vs Sonny Liston fight and The Beatles for example. When we see the footage for any of these things today, we perceive of them actually happening in black and white because that is the only way we know them all these years later in our mind by way of the existing film clips.

Of course the world is very much in color and in the 1960’s with fashion, music and art at the forefront of culture it seemed to be a much more vibrant decade somehow. Often these elements combined to make bold statements about consumerism and the accessibility of art. A move away from the elitist art world and perceptions of how art should be presented to something that was inspired more by commercial art, advertising, and even comic books instead.  Often it was presented with an element of dark humor and irony. In the art world of course this movement became known as Pop Art.   Reacquainting  myself with the history behind it recently, I realized that its attitude was very much a punk one, long before that became a phrase used to describe anything that defied the comfortable norms of the time. A key figure in the movement of course was Andy Warhol who was in the vanguard of producing art across various mediums and did not shy away from experimenting. Love it or hate it, Pop Art definitely pushed buttons.

When the Sex Pistols released Never Mind The Bollocks, Here’s The Sex Pistols in 1977 it was arguably as much of an artistic outlet or statement from their creative force and manager Malcolm McLaren as the other art and fashion he was involved in at the time. But in many ways, the precursor for McLaren’s work with the Sex Pistols was Andy Warhol and the pivotal group he was involved in at the time in New York-The Velvet Underground. Originally formed in 1964, after a few lineup shuffles the band coalesced around Lou Reed, John Cale, Sterling Morrison and Moe Tucker with Warhol taking on not the business and logistical side of matters, but the artistic side instead. The Velvet Underground became involved with Warhol’s studio ‘The Factory’, most famously as part of the Exploding Plastic Inevitable, a mixed media show. German singer Nico joined The Velvet Underground at Warhol’s insistence and appeared on a few tracks on the Velvet’s first album-The Velvet Underground & Nico, famed for its Andy Warhol created album sleeve.

The music The Velvet Underground produced was about as far removed from The Beatles or Rolling Stones as you could get in the mid-1960’s. Their music was mostly hard edged and experimental in nature. There were industrial soundscapes, cacophonous feedback and drone, dark songs about drugs, and perhaps in an effort not to be so completely bleak, some breezier songs mixed in for good measure. But it was in the experimental and darker places that the Velvets clearly roamed. As Geoffrey Stokes put it in ‘Rock Of Ages-The Rolling Stone History Of Rock & Roll-

“Lou Reed never sentimentalized and almost never prettified, and even as Time and Life were discovering how cute and colorful the hippies were, Reed was walking around counting the scabs and scores, listening to the grinding teeth and empty promises of a thousand junkies.”

That quote is rather telling when put in context. In 1967 on the other side of the ocean, the Beatles had released Sgt Pepper’s Lonely Hearts Club Band. It had drug inspired songs too, but the references were subtle and the music was certainly not bleak. The Velvet Underground’s song Heroin however stands in sharp contrast. Some liken the song to an actual heroin trip- a calming feeling before moving into darker and noisier realms of the psyche the further into the heroin laced trip the song moves into. It isn’t pretty, but it seems so real.

New York is the intersection of so many divergent paths of culture, language, food, art, film and music. The music on the album reflected the era it was recorded in certainly, but it also had a healthy dose of  New York as only New Yorkers can understand- Fuck everyone else, fuck the other trends, this is New York we do what we fucking want in other words.  Suffice it to say, with songs like Heroin, The Velvet Underground and in particular Lou Reed arguably became the earliest ingredient in the mixing bowl that later became punk. It was dark and gritty like the city streets. This was not the tourist New York of shimmering lights, nor the wealthy Wall Street New York. This was the back alley view of New York City, strewn with trash, drugs and the uglier side of life.

There is a famous joke about how despite the poor record sales of that first Velvet Underground album, everyone who did buy a copy started their own band.  And one of those bands that were clearly listening were right across town and about to bring some color into the picture… 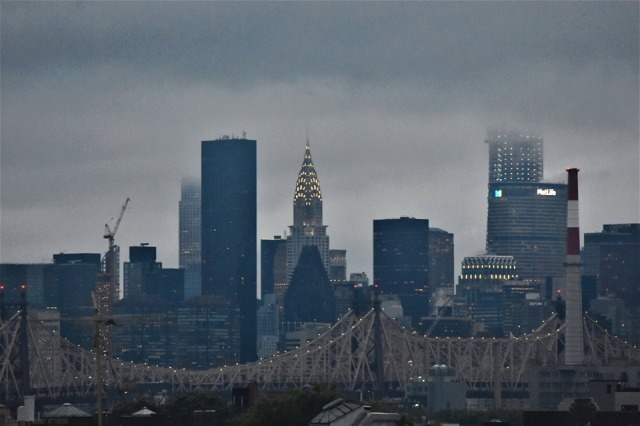 Around the time those color TV sets were finally taking over from their b&w counterparts another band on the New York scene was about to make a mark on influencing the music scene as well. Like The Velvet Underground that mark was not driven by sales but rather by the influence the tracks would have for years to come on the music scene. But most especially for the punk movement, New York Dolls were a pivotal step. By the time of their self-titled debut in 1973, Rock & Roll had witnessed the relatively new jolt of androgyny and glam rock with T Rex, David Bowie and others. The New York Dolls borrowed that look and took the music off into a completely different  (and harder) direction.

Hard Rock did exist during that time already of course. But what top hard rock bands of that era like Led Zeppelin, Deep Purple and Black Sabbath offered was music that was loud and hard, but still bound by the blues scale typically. So on the one side you had bands like Led Zeppelin rocking hard with lengthy guitar and drum solos and songs that clocked in on average at 5 or 6 minutes long tailor made for FM radio stations. On the other side you had New York Dolls who rocked as hard, but eschewed lengthy solos in favor of a tight crunchy guitar attack and the sneering lead vocals of David Johansen. Speaking of David Johansen, I did see him perform as his alter ego Buster Poindexter once…do I get punk rock points for that?

Because New York Dolls were not on my musical radar for much of my life I never made these sorts of connections between the hard rock bands in the Black Sabbath vein and what the Dolls were doing. In 1973 though the Dolls album definitely received attention, though early on it was not always positive. Some critics derided them as untalented and not serious about the music. Others sensed something special going on and praised the new direction their music pointed towards. Though the Dolls themselves were certainly not aiming to be a punk band, what comes through on the speakers is what made it such a clear punk influence. My favorite example (and favorite track on the album) is Personality Crisis. Absolutely filthy sounding guitars, thumping piano, and screaming…what’s not to like about it!

What the darker sounds such as Heroin on the Velvet Underground’s album and the entire New York Dolls album show is the first steps in that lineage of NY Punk. With the Velvet’s a music born partly out of the broader art movements of the day combined with an experimentation of sound led to crucial songs such as ‘Heroin’. Just six years later, the New York Dolls burst forth bringing a more basic sound more rooted in the origins of rock and roll but minus the pretension. It was loud. It was sneering. And it was so New York. The photos I used here represent the motion, movement and life at the time in a city that was gritty and edgy. An emergence from black and white to color. From art house to drug house. From conformist to hedonist.   Just a short time later a couple of guys in Queens were able to take the next leap forward.

Coming soon-Part 2-The Heart Of The Movement.